Ysgol Rhiwabon recently took part in a girls 7 a side tournament at the Cefn Druids FC ground, The Rock.

The tournament was open to local secondary schools, and was organised by Active Wrexham, with support from Cefn Druids.

Ysgol Rhiwabon sent mixed Year 7 and 8, and Year 9 and 10 teams to take part.

It was a fantastic day enabling pupils to really push themselves and demonstrate good resilience against some tough opposition.

All year groups conducted themselves brilliantly and represented the school extremely well. 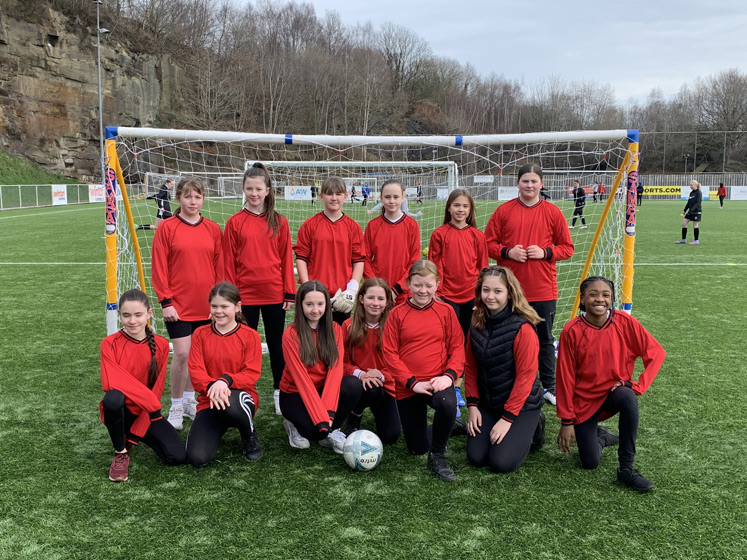